Mr. Singh founded Red Fort Capital in 2004 and has lead Investments, Strategy, and Capital Markets for the firm.

At Red Fort Capital he has lead investments in over 33 deals in India over a decade and a half. Deals include over 55 Million Sq. Ft of Commercial and Residential space across the country. He also oversees the lending activity of Red Fort Capital Finance – a Non Deposit taking Finance company (NBFC).

Prior to Red Fort Capital Mr. Singh served as Managing Partner of American Capital Realty, a real estate brokerage firm overseeing more than $600 million in real estate transactions in the commercial and residential markets in North America. He has held a Real Estate Broker license in several US states including – IL, WI, CT and MA.

He has also served as Chief Executive Officer of TransEthnic / EthnicGrocer.com a Kliener Perkins and Benchmark Capital backed venture. Where he led the company through several rounds of institutional and strategic financing and managed a 250+ member team.

His prior professional experience includes investment banking at Chase Securities (now JPMorgan Chase), where he briefly worked in the High Yield and Fixed Income groups. From 1993 to 1997, Mr. Singh held a variety of program management and engineering positions at Motorola (Symbol), the world leader in barcode and portable computing technologies.

In addition, he has served as a strategic consultant to the 3COM Corporation and Gartner. He has also served on the State of Illinois TechVenture Committee – advising the state on the $1.4 billion technology budget. He has been a visiting speaker at the Kellogg School of Management at Northwestern University.

-100 Most Influential of Private Real Estate 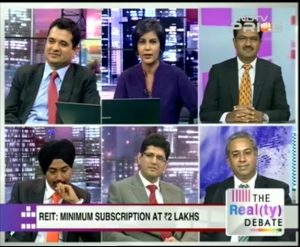